When I pulled into Whole Foods I was disappointed to see an SUV in one of the charging spaces. It always seems to be SUV’s that block EV charging spaces. Muttering expletives I pulled around into the next lane and parked in the space opposite the SUV. After plugging in my LEAF I had every intention of placing a polite “don’t park here” note on the SUV that I carry for these occasions. 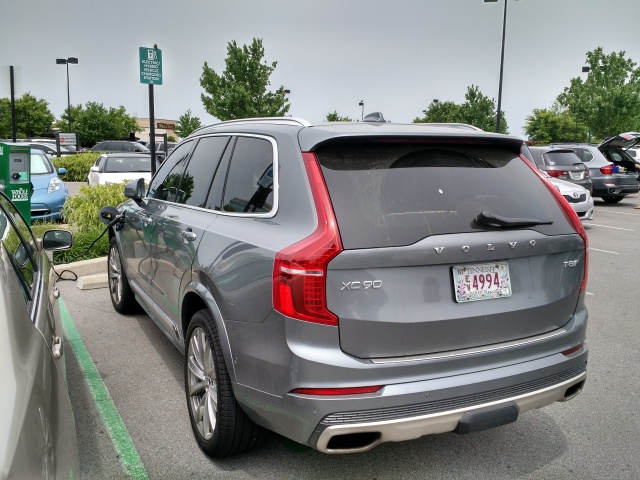 It was as I was plugging in my car I noticed the SUV was plugged in!! This is the first time I’ve seen the Volvo XC90 plug-in hybrid vehicle in the wild. They cost about $70,000 so I don’t expect to see them littering the highway anytime soon. They were released in the summer of 2015 as the 2016 model. The vehicle gets about 25 miles of all electric range before switching to a 400 HP gas engine.

The car looks very nice, too pricey for my wallet as our second EV. Instead I’ll wait to see if Mitsubishi ever get around to releasing the Outlander PHEV which should be priced much more reasonably. 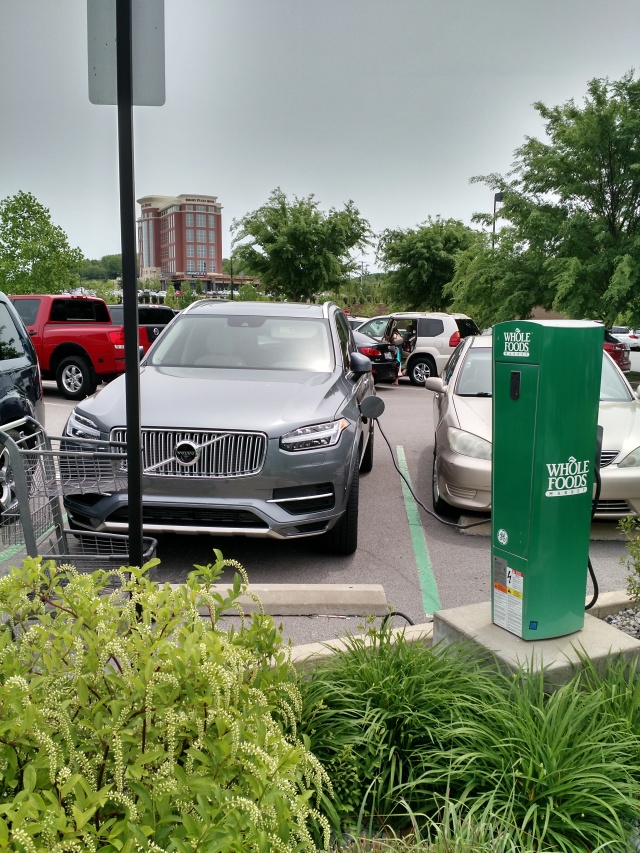 Good to see electric SUV’s on the road. The fuel savings must be huge.