It’s an understatement to refer to the Tesla Cybertruck design as futuristic. Sci-Fi shows over the years have tried to portray what the future might look like. Blade Runnner is cited as inspiration for the Cybertruck. However I reminded of a TV show created by Gerry and Sylvia Anderson called UFO. The show was broadcast in the UK in the 1970’s. While the show was low budget with a poor story-line I was reminded of it by the Cybertruck design.

Many visions made in the UFO TV show have now made it into reality. The angular design of the Cybertruck being one of them. Cellular/Car phones is another, re-usable rockets, the International space station, the Space Shuttle and finally a ladies fashion, purple hair. 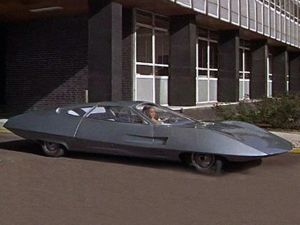 Straker’s futuristic car with sharp angles and wedge front and back.

Commader Straker was in charge of SHADO a secret organization charged with protecting the earth from invading UFO’s. The car itself has sharp angles and wedge shaped front and rear. OK it’s not a truck, but the sharp angles on the side and its wedge like shape are similar to the Cybertruck.

Straker’s car also predicted cellular phones. Straker would conduct matters of global security on his car phone. They didn’t quite get it right, the car phone had a wired handset, however the idea of using a phone on the move was truly visionary. 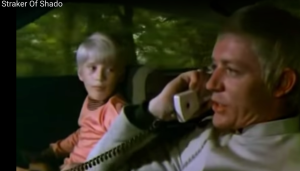 Straker using his cellular phone before it was invented IRL

A fashion prediction was made on UFO. The female staff at “Moon Base Alpha” all had purple hair. Hair color has become fashion in the last few years and is accepted as normal. Only the other day I walked into the local UPS store and was greeted by a girl with purple hair. Back in the 1970’s walking around in public with purple hair would have been restricted to Halloween, now you can hold down a job with colored hair. 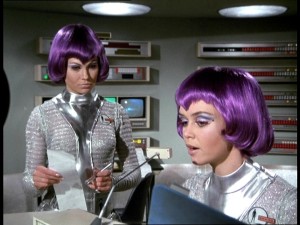 In order to defend earth against UFO attacks space craft would be dispatched from Moon base alpha to intercept UFO’s before they could reach earth.

I find it interesting that Elon Musk has brought two of the futuristic UFO predictions into real life with his two companies, Tesla and SpaceX. 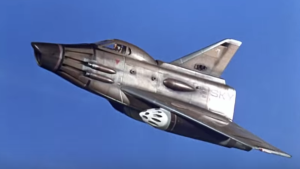 SHADO vehicle that looks much like the space shuttle 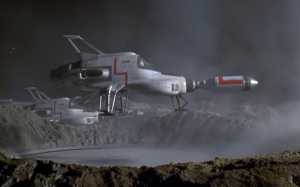