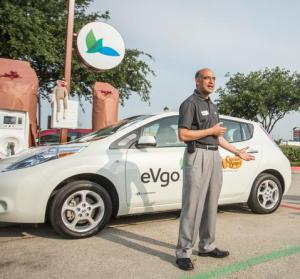 Cracker Barrel did not reveal the reason for the departure from Blink Networks as their EV charging partner in their recent press release. One wonders if the reliability issues experienced at their Tennessee locations with the Blink quick chargers prompted them to consider other vendors. Upgrades to the Quick Chargers in Tennessee are scheduled for completion June 2012 when the chargers should be brought back ‘on network’, hopefully working more reliably.

More charging stations are planned in Texas, eVgo posted the following Twitter post on their twitter site regarding an installation planned for July at The Woodlands, TX.

Hello The Woodlands, TX: an eVgo #EV fast charging station is coming to your area in early July

The Woodlands is situated north of Houston TX making this the second city in TX to get their quick charging stations at a Cracker Barrel location. NRG are clearly tackling a good number of Cracker Barrel’s in Texas.

Here is the current map of Cracker Barrel hosted charging stations in Dallas. 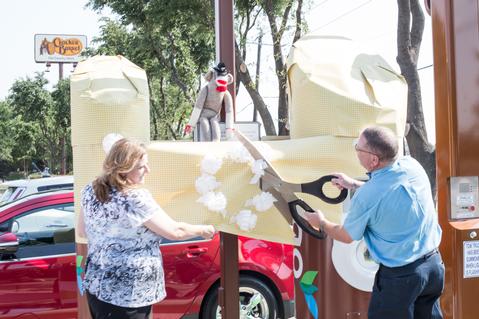 Quick Charging (referred to as level 3)  is a far superior experience for EV owners looking for a short stay at a retailer. A Nissan LEAF can be charged from empty to 80% full in less than 30 minutes, barely enough time to get seated and served with breakfast at Cracker Barrel. The more common 240v charging stations (called level 2) can take up to 5 hours to accomplish the same charge cycle. Level 2 chargers are best suited to homes, employers and parking garages where EV owners park their vehicles for extended time periods.